It goes without saying that I’m a big fan of Prague. After all, it’s got all the fairytale elements you want in a European city, like a castle and a river with pretty bridges over it. Hell, Good King Wenceslas looked out on the feast of Stephen from this very city.

It’s also got its modern stories: World War II assassinations, the KGB, the fall of Communism, the start of something new. It has its art too: Franz Kafka, Alphonse Mucha, the whole Art Nouveau brigade are reasonably recent and well-known names.

So what can you do with one day in Prague?

Between seeing friends and doing work, we just had half a day to sightsee in Prague. We ended up taking this walking tour of Prague from Urban Adventures. It was four hours long and just covered parts of the Old and New Towns. We didn’t get over Charles Bridge to the castle at all; but that would have been possible with the full day tour.

We started at the Astronomical Clock, where our guide, Teresa, was waiting for us in front of a large group of sightseers. I went over to introduce myself, while Linda went to grab some video footage. Eventually, we managed to get the three of us together in one place – and just in time. As the hour struck, the astronomical clock clunked into gear — something it’s been doing since 1410 — and Teresa started her explanation.

The Astronomical Clock might be the show-stopper, but the Old Town Square is full of goodies, including the Týn and the St. Nicholas Church. The architectural style jumps from Gothic to Renaissance, then off somewhere else, and it’s really a joy to explore — if you can ignore the crowds for a few minutes.

Teresa’s knowledge seemed encyclopaedic — in terms of depth, and at times delivery, but there was always a personal touch, with a wry smile and dark sense of humour. One of the things we’ve appreciated from our walking guides recently is the local element, something that Urban Adventures does really well. It showed up here as we crossed the plaza, with a few myths debunked and expanded, and old memories and future hopes were interspersed with the information.

The name of Charles IV came up again and again, both in terms of his lavish spending (many of the buildings and institutions we saw were funded during his reign) as well as his generally enlightened views when it came to religious and cultural diversity — views that got him in increasing levels of trouble with the Pope. We were first introduced to him as we entered the Jewish Quarter, but this area had more-recent stories to tell. We learned about the communist regime as we passed a memorial to Jan Palach at the University, and about the Nazis as we saw the theatre that Hitler had had defaced. Then, the mood darkened further as we rounded the corner to the Jewish cemetery.

The Jewish Cemetery and Old-New Synagogue

There was no time for us to enter either of these places this time around; but do take a look at the Jewish Cemetery and the Old-New Synagogue, amongst many important buildings in the Jewish Old Town of Prague. If you were wondering, the “new” of the Old-New Synagogue refers to the 13th century; and it’s the home of the legendary golem.

Art Nouveau and the absurdists

Two of my favourite art and design styles come together in Prague: the elegant, soft lines of Art Nouveau, and the satirical side of the absurd. In certain lights, this city is a living memorial to the works of Alphonse Mucha and Franz Kafka — and I couldn’t be happier about that. Here are just a few examples of this that we visited on tour — the first of which lightened the mood, soon after leaving the Jewish cemetery.

Time for a beer?

It’s not Czech unless it involves a beer, and after visiting several other stops on tour we found ourselves just meters away from where a senior member of the SS was assassinated and then his assassins themselves were killed. Not far away were Gehry’s Dancing Houses — Fred and Ginger. Between these two attractions, we settled down for a beer with Teresa and recounted the day’s sights, asked questions about the country’s history, and wished we had the time to continue our tour on the other side of the Vltava River.

We did the Prague Explorer tour with Urban Adventures. See their whole range of Prague tours available here. While in Prague, we stayed at Fusion Hotel.

Your thoughts on "One day in Prague" If you’re considering a trip to Prague, Czech Republic, you might need to know the answers to some of these questions. Listen to our Prague podcast! 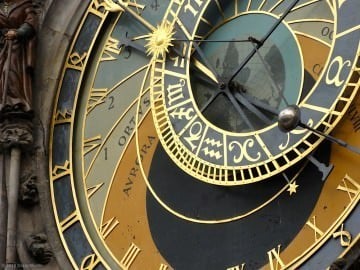 In this Prague podcast travel guide, we talk about our experience of Prague, Czech Republic and how you can enjoy it too.